In the surrounding area

All cities in Spain
//

Sixt rent a car locations nearby All stations in Barcelona

Sixt car rental has two locations inside the Barcelona Airport one located in Terminal 1 and the other is located in Terminal 2. Sixt makes it easy and fast to rent a car in Barcelona. Sixt has everything you need for a great car rental experience in Barcelona. Sixt in Spain allows you to rent everything from cars, minivans, and even SUVs so no matter what type of vehicle you are looking for Sixt will be able to accomadate your rental needs. If you are not flying into Barcelona Airport Sixt has over 70 other locations where you wil be able to get a Sixt rent a car 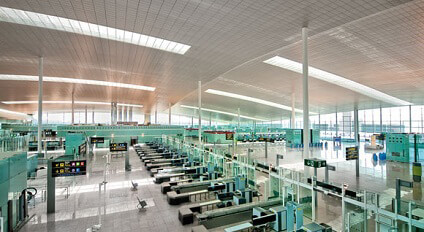 Barcelona is the second largest city in Spain and the capital of the Catalonia region. The population of Barcelona currently stands at approximately 1.6 million. A city rich in tradition Barcelona attracts thousands of visitors every year drawn in by the city's many attractions. Although Barcelona is said to have been founded by Hercules 400 years before the formation of Rome it was the Romans that began to develop the settlement into an important trade center in 15 BC. Some remains of the Roman town can still be seen today, including some Roman walls that have been incorporated into the La Seu Cathedral. A pleasant year round climate has established Barcelona as a popular city break destination for Brits looking to escape the colder winter weather in the UK. The fact that Barcelona offers both a vibrant cultural city as well as three miles of beaches ensures that it is also a great destination in the summer. Amongst the many attractions in Barcelona is the Nou Camp football stadium which holds the title of the largest stadium in Europe. Barcelona is also home to one of the most successful football teams in Europe visitors from around the world to watch FC Barcelona play. 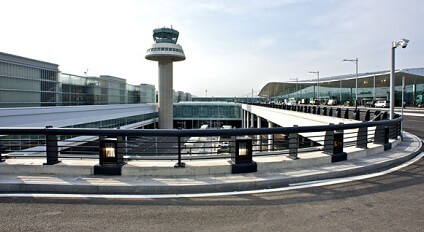 Barcelona Airport often referred to as El Prat Airport is located 10km from the center of Barcelona in the Catalonia region of Spain. The airport serves mainly domestic and European air traffic and in recent years there has been a significant increase in the number of low cost airlines, such as easyJet and WizzAir that operates in the airport. The Airport has two terminals T1 which is a newly built development which opened in 2009 and T2 which is made up of the three previous terminals A, B and C. There are currently three runways with a fourth set to be built along with a third terminal. Within the terminal buildings you will find a host of shops including the Chocolate Factory, Accessorize, Adidas and Ferrari, which offers a selection of branded gifts from the Italian supercar manufacturer, in Terminal One. While Terminal Two offers Lacoste, Gucci, Zara and Nike along with a collection of other popular stores. Barcelona Airport has five VIP lounges, three of which are in T1 the Aena's Pau Casal Lounge, the Aena's Miro lounge and the Colomer Lounge. T2 has two lounges the Canudas lounge and the Dali lounge. Barcelona is also known as a cruise destination. The harbor of Barcelona or "Port de Barcelona", is a permanent checkpoint for 52 cruise lines. Crystal Cruises, Regent Seven Seas Cruises, Norwegian Cruise Line, Aida Cruises, Royal Caribbean, Costa Cruceros, MSC and Disney Cruise Line, just to mention a few, stay here with their ships like Aidabella, Norwegian Gem or Seven Seas Voyager and the passengers can enjoy the city. 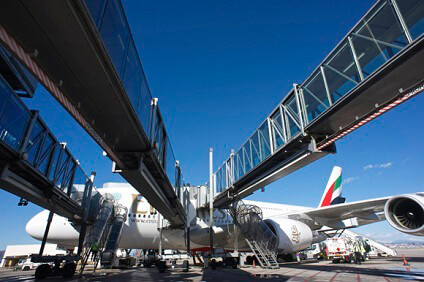 Sixt rent a car Barcelona Airport is located in the car rental area at terminal 1 and terminal 2. Our well-trained English-speaking team will make your car rental process smoother. Avoid endless waiting queues at the airport by choosing Sixt and its online check-in. Enter all your data at home and relax afterwards by just presenting your documents at the counter for its verification. Sixt has the fastest car rental check in at the Barcelona Airport.Book your cheap Sixt rent a car, and our multilingual team will make your car rental experience hassle-free.

Find out what our customers say about us!

Location plan - how to find us

Please provide your flight number or Arrival Terminal (T1 or T2) when completing the reservation. If a valid flight number is not present, the vehicle will be at the Terminal 1.

The Sixt branch is located at the Arrivals Hall. 24-hour station. Please look for the Car Rental signs.

Out of hour pickup possible.

Pick-up out of opening hours is possible for an additional charge. This service is bookable on request. Please provide your address and credit card details, e-mail address, flight and mobile number.

Out of hour return possible.

Sixt Express Counter - the fast way to the rental car

The SIXT Online Check-in service is only available at Terminal 1. However, should you arrive in Terminal 2, please indicate your flight number and we will provide you with the rental vehicle on-site.